Review: THE OTHER TIDE by Carly Spade 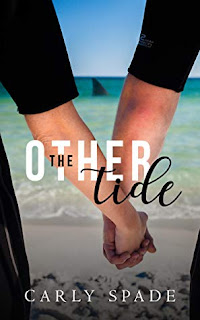 Sam was a shark researcher with a fancy Biology degree and bodacious body. When an opportunity to join an expedition comes up, she jumps on it. The last person she expected to see was the same cocky bastard she’d hope to forget. The boat suddenly didn’t seem big enough.

Story is simple with a steady rhythm, and delves into great knowledge about sharks and sea-diving. It’s a tumbling life at sea! The schematics regarding the expedition and the scientific research were a little confusing at times. That along with the various cast and crew members made the story a little daunting. There certainly didn’t seem to be that much interaction between Sam and Luke. It would’ve been better to have felt how much those two really hated each other. Perhaps even find out what happened to have caused such animosity. The writing was pretty good. I liked the concept, but I wasn’t really that into it. It’s an okay read.