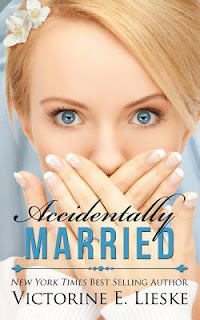 Madison needed a job. Even though she was an actress, she felt she could play the role of admin assistant. At the job interview, she “accidentally” becomes her new boss’ date for a family reunion. Well, she hopes that he’ll be her new boss. The only contingency is that she play the part.


Jared was a world-class jerk. No wonder he needed to pay for an escort.


I loved the tormenting jab she put him through at the family function. But did she really have to announce that they were engaged? Yeah…she did, because she was having way too much fun tormenting him.


It wouldn’t be such a bad ruse, except a dying aunt’s last wish was to see the couple get married. Oy vey! And it 2 weeks!


Well, it would be tough, but the pair would reluctantly play along. The thing was that after a magnificent kiss in front of everyone, the two become smitten with each other, but try not to show it, because, they just didn’t want to feel anything during this ridiculous charade.


It gets much too involved in the wedding planning, but I enjoyed the snarky jabs throughout. I thought this was pretty good overall. I liked the concept, but the story tapered down for me with all the wedding talk. The rest of the Married series sounds too similar for me to continue the series. It’s like they all pretty much had the same concept and “fake marriage” scenario.