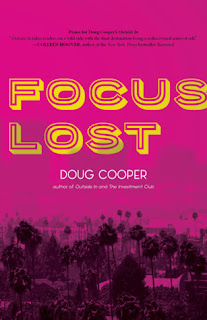 Levi Combs and Emily James—two up-and-coming Hollywood stars—caught being photographed in flagrante. She was one of the biggest teenage star and he…was not.

Easy to read. Various characters from the Hollywood scene are interlaced in this simple yet twisted plot. The characters have their own personal agenda. At times, I wondered what the ultimate goal was in all this. Was it to make some easy money on some cheap photographs? Was it to ruin the careers of the celebrities? Or was there something more sinister lurking here?

Although I wished there were fewer characters and the plot was quicker, story was, overall, a decent read.