Review: A WITCH’S REVENGE: THE RETURN by Gerfe Red 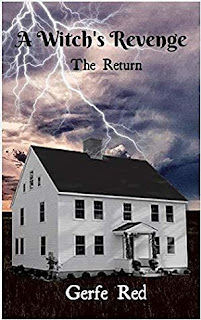 A strange, naked woman appearing at a guy’s front door. Who was she? Where did she come from? And why did she seem so confused?


It turns out that she’s from 1691 and was locked away in a box by her stepmother and stepsister. Marjorie was a witch that had to battle with her step family. Now she has to make sure that they die.


With Jim’s help, she must assimilate to the present, find the old witches, and plot her revenge. The problem is that you can’t just kill them. There are laws against that, and Jim doesn’t want Marjorie to end up in jail. Meanwhile, the rest of the town is curious of the newcomer and aims to get to the bottom of who she is. Could this turn into a witch hunt? Well, it definitely becomes a war of the witches because Marjorie must seek justice for the people killed by the old witches. After all, it takes a witch to take care of a witch.


Simple story and an intriguing mystery. A good read!