Review: DEAD WITCH ON A BRIDGE by Gretchen Galway 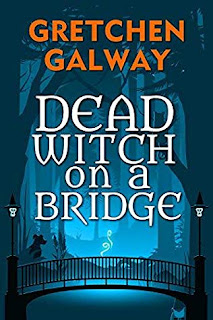 A dead body in the middle of a bridge. Was magic involved? How could someone have taken down one of the most powerful witches in Sonoma County?


Alma is a witch living in a world of fairies, gnomes, and demons. She’s a demon killer that can’t kill. What’s that about?


This book had a good attention-grabber on the first page, but then turns into a slow crawl. For such a simple scenario (finding out who killed the dead witch on the bridge,) this sure had a complicated plot. I didn’t like it as much as I thought.