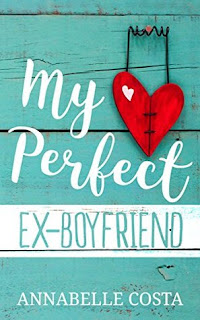 Bailey is a divorcee with a young daughter. If there’s one thing she can’t stand, it’s her flaky ex, the starving musician who constantly stands up their daughter and doesn’t pay child support. Her father’s sudden engagement shocks her as her mom was always supposed to be it for her father. What’s even more shocking was that her future stepmom had a son she hadn’t seen in a decade. It was none other than Noah, her hottie ex-boyfriend.


You would think that by-gones would be by-gones, but nope. Noah will never be able to forgive Bailey for what happened. So what did happen?


Story goes back and forth between past and present, reliving Noah and Bailey’s relationship from the first time they met in college. Segments quickly stop, then regresses back to the present, where Noah hates Bailey in the face of their parents’ nuptials.


It’s a reverse love story. I’m not too keen on the back-and-forth jumps, but I’m willing to overlook it as long as the story had a steady stream. But this one read kinda slow for me. It still has wit, but it wasn’t the greatest story. It was okay.