Review: THE EXTRA by Kenneth Rosenberg 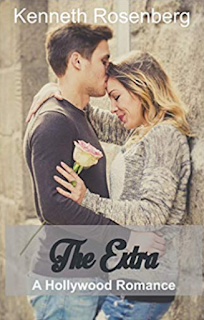 “Now, [Warren] was just another homeless person, struggling to survive on the streets of Hollywood.” (1) Bridgette was a struggling wanna-be actress, and, although she’s making a decent wage working as an extra, she starts to feel like she’ll never make it in the industry.


When Warren walks onto the set, they confuse him for an extra. Suddenly, he’s casted in a role. Turns out that Warren was a natural actor, and Bridgette wants to help him understand the biz. As the two get closer, they realize their feelings for each other run deeper than they thought.


Story was witty and well-written. It explores the true life of a Hollywood extra with a vivid portrayal of the painted and masked L.A. scene. The book was good, but it starts to lag about half way through. It’s a decent read.