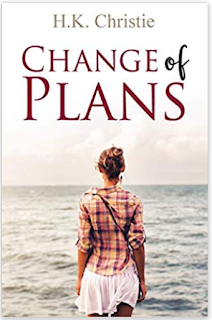 “Here goes the first day of the rest of my life.”


Casey was an “independent, self-declared, career-focused dog lady.” What more could she possibly ask for? Certainly not marriage and babies. But, still, she liked being around Seth. Why couldn’t she get him out of her head when he was just a friend and co-worker? Why couldn’t she stop fantasizing about him, obsessing over him? Something told her that there was more there than she thought.


Casey was kind of neurotic about Seth, over-analyzing and over-thinking every move he made. You’d think that she would’ve learned from her last failed relationship.


Story was overall well-written and the characters were likable. The pace was leisurely, which was consistent throughout the book, although, at times, I wished it would’ve been a little quicker. Although it was a fairly simple read, it didn’t quite grab me. I thought it was okay.