Review: DIARY OF A CONFUSED HARRY POTTER: THE COWARDLY WIZARD by Alex Pan 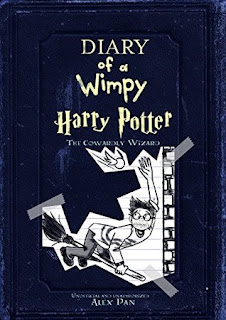 
Harry’s been sent to a magic prison called Hogwartz. He’s good with a yo-yo, but he’s not a talented wizard.


Of course, there was far too much wizardry stuff for my liking, but the kid was fairly smart and witty. I also liked the drawings.