Review: IF I EVER FALL by Sophia Renny 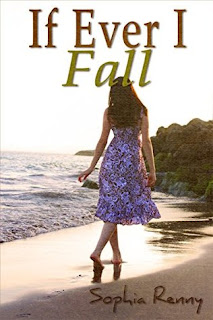 Three months ago, Willa had arrived in Rhode Island, embracing moments of calm, quiet, and the lack of urgency. “There was nowhere that she had to  be,  no  lectures  to  give,  no  papers  to  grade,  no research to be done, no colleagues to impress. None of that mattered now; perhaps it never would again.” (5)


In mourning for her father and her aunt—her only family—Willa was cocooned in a shell of her former self, hibernating away in the winter months while living in her aunt’s estate. “A simple, logical self analysis told her that she was  going  through  the  stages  of  grief.  It was  perfectly normal to isolate herself from her loss. But only Willa knew what she was truly grieving: the loss of her own self, the loss of the little girl she could have been, the young  woman  she  might  have  been. “ (8)


Then, out of the blue, Willa wins a home renovation by the Rhode Island Home Show, which will be filmed for an upcoming series.


Writing was well-versed and had a lovely lilt. Intelligent and thought-provoking, story is of a fragile woman in search of a new beginning, to live life on her own terms controlled by nothing but her own needs and desires. Willa’s quest for independence and self-worth was certainly admirable and endearing.  At times, however, the filming, the renovations, and the historical facets added tedium and lag.  The book certainly follows the classic formula for women’s literary fiction—an empowering tale with a strong lead character.  I thought it was a pretty good read—a decent prose of mediocrity and inspiration.