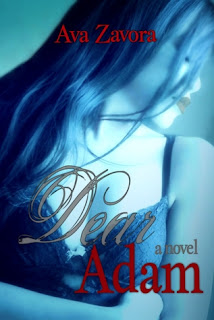 “Dude, let me read as long as I want”


Blogger, reviewer, and literary aficionada, Eve never found “the one,” and finds solace and pleasure in the written word.


“Instead of marrying myself, I think I’ll marry a library instead.” I like her! Such a passion for books!


When she thinks of romance, she thinks of Jane Austen with deep conversations, an exchange of hearts, and a true meeting of souls. Yeah, only in the books, sister!


Then Eden forms a close bond with a Twitter follower named Adam. Adam and Eve—what are the odds? Anyways, he’s a writer that woos her with his vast intellect, poetry, and international worldliness. He challenges her with debates on politics and gender rights. The two engage in such deep, philosophical conversation that it’s like they’re from the 1800’s or from the Renaissance. They pretty much carry a haughty tone throughout. But every now and then there is a sweet tenderness right out of Shakespeare scripture. Adam not only challenges Eve, but he provokes her and makes her feel worthy.


Book is compiled of blog entries, tweets, emails, and poetry with some story sprinkled in between. This is an old-fashioned love connection for the digital age. I thought there was just too much back and forth with the emails, which I guess makes sense as this was their only form of communication and it would be relatable in today’s age. But I just prefer more story than anything else.


This was “Dear Adam” all the way---it’s just nothing but love letters (or I should say love emails.)