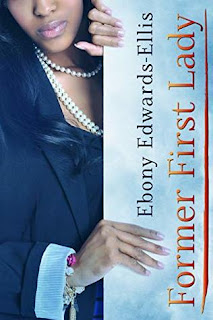 The American people--critics and allies alike--like to compare Barry and me to the Obamas. Like the Obamas, we are an African-American couple who ascended to the White House with two young daughters. Both presidents were Ivy League educated lawyers. And Michelle Obama and I, having both been born during the third week of January, occasionally celebrated birthdays on the King Holiday.

What people often intentionally overlooked was how different Barry and I were to the Obamas. Barry and I weren't married at the time of our elder daughter's birth--a situation we did not rectify for several years. Having dropped out of college, I am not an Ivy League educated lawyer like Michelle Obama nor do I possess her grace, charisma or charm. And yes, both presidents answered to the nickname "Barry" at some point in their lives, but the names "Barack" and "Barrington" bespeak two very different backgrounds. And, no, despite all the efforts of Barry's PR machine to create the image of a peaceful cohesive family, Barry and I did not enjoy a particularly happy marriage.

Barry and I were the anti-Obamas...

This is how former First Lady Shelley Diggs characterizes her relationship with her soon-to-be ex-husband, Barrington "Barry" Welles. After Trump resigns under the threat of impeachment, Barry defeats Mike Pence in the election of 2020 to become the 47th President of the United States. Having never wanted to be a "political wife," Shelley has to sacrifice her freedom and privacy for the sake of her husband's political career.

Fed up with omnipresent Secret Service agents and desperate to reclaim, Shelley leaves her husband shortly after he finishes his second term, returns to her native New York, and relinquishes her protection detail. However, Shelley's yearnings for her husband threaten to derail her plans for her future. When a family tragedy strikes, Shelley must choose between her new life and the comfort and safety of her family.

My review: Shelley, wanting to be free of the political spotlight, finally decides to file a divorce from the former president. As she would say, they were the "anti-Obamas" as they did not have a happy marriage. And so begins her story of how she came to be a former first lady.

Her story starts off from being raised by a single, promiscuous mother, working as a freelance writer eating Ramen noodles, and finally stumbling upon a wallet that changed her life.

Shelley really didn't think much of Barry. In fact, the two did not click at all in the beginning. She thought he was only into "rich boy stuff," and she was just a poor girl from the projects. Seriously, what did she ever see in Barry? He was an arrogant, egotistical, bossy Mama's Boy.

It was a rocky courtship that leads to a surprise pregnancy, a coerced marriage, and to the White House. Story relays the trials and tribulations of one head-strong feminist. Her story was honest, endearing, and relatable. It feels like you're right there with her.

Story was easy to read, even with all the political views. Ultimately, it centers on Shelley's journey and emotional growth as a mother, political wife, and self-serve woman. She goes on about how her life was split between writing, childcare, housework, and political events. The arguments between Shelley and Barry were so authentic and packed a punch. I thought the writing was pretty smart, even though parts of the story lagged here and there (mostly surrounding the political stuff.) It's still a pretty good story.