Excerpt: HYPNOSIS: A RETURN TO THE PAST by Maria Inês Rebelo 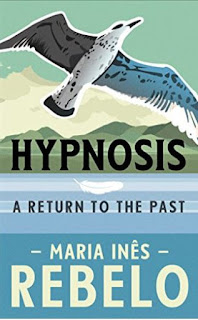 Marcus Belling is a world-famous hypnotist.
For the past 20 years, many exclusive clients have beneﬁted from his skills and desire to help people.

However, everything changes when a mysterious woman named Anne Pauline Roux knocks on his door.
She holds a rare power when hypnotized, which will affect both their lives in ways they could never imagine. Her unique power is so strong that it doesn’t stay secret for long.

Marcus’ archrival and fellow hypnotist, Josef Salvaterra, has been looking for a way to shut down Marcus’ business for years. Pauline may just give him the opportunity he’s been waiting for. If he can work this to his advantage, he could be recognised as the greatest hypnotist the world has ever seen.

With such a prize at stake, is there anything he’s not prepared to do?

Reading this book is a hypnotic process that will lead you to question the meaning of destiny and truth, and restore faith in our ability to ﬁnd the good, even when we are not looking for it.

It is better to know at times
Than just to wait and see
The one who will arise
Will forever change your mind.
Posted by Sandra's Book Reviews at 8:01 AM