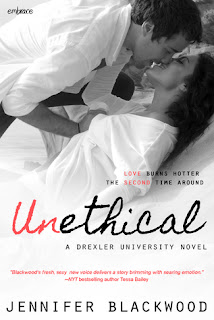 Payton is a college student looking to get into med school. She’s looking into her future, but she cannot forget her past, especially when her past surprisingly ends up at the same frat party, at the same college. The two were heartbroken when the relationship ended in high school. It seems they each blame the other for leaving, but they don’t know the full story.

A yearning still exists even beneath the thick cloud of anger and resentment.  They mostly try to stay away from each other, even though they have the same ethics class and both get the same internship. The two constantly fight between wanting each other and wanting to strangle each other. It gets very heated (sexually and angrily.)

Story felt like it had a few holes in it, like certain things could’ve been expanded more. I found the debate on Assisted Suicide to be interesting, especially since it hits so close to home for Payton. Her father is awaiting trial for the extra morphine he gave his wife during her battle with cancer. Is Assisted Suicide ethical? Why is it okay for a pet but not for a person? Shouldn’t it be suitable in order to end the suffering?