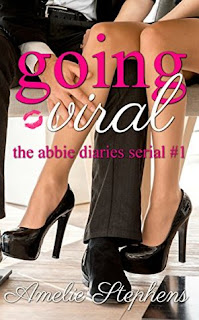 Abbie Baker was a hopeless dater and a daily blogger. She often amused followers with her dating stories on Abbie’s Outings. In a drunken stupor, she posts about her bad date with a co-worker. Toby (the date) was outraged when he read the awful, untrue things she said about him. The worst part was that everyone in the office now pegged him as a boring, unsatisfying groper. He decided that Abbie needed to pay, so he hatches a scheme for his friend to date Abbie, make her fall in love, then dump her. Using her blog, the 2 men create the “perfect man” for her. But it’s backfiring. The more time Toby spends with Abbie, the more he likes her; and vice versa. Abbie never realized how wrong she was about Toby, and she starts feeling remorse and guilt.


Story had a lackluster vibe. It had an interesting plot, but there was no enticement in the delivery. I mean, we were dealing with dating revenge here. Couldn’t we crank up the drama a bit? Make it a little more excieting? Toby and Abbie certainly had that sweet chemistry. I kinda wished Toby would’ve gone through with his plan, but I guess that’s not how nice guys work. The story was going pretty good, but then it ended with a cliffhanger, which I hate. Book 2 wasn’t much better either.