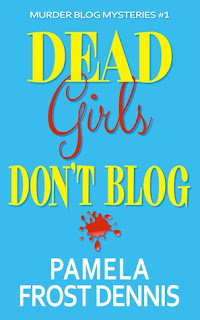 Katy is saddened and affected by Lindsay’s story. Lindsay was a girl she used to know in high school, who went to a frat party and was gang-raped, and, later, murdered. Years later, her killer is being paroled and Katy wonders if she can do anything to prevent a killer from being released. Just off a divorce, Katy also wonders what to do with herself. A friend then suggests a blog for her anger issues.

Then the story suddenly backtracks and relives Lindsay’s harrowing and devastating crime. Back on the present, Katy decides to blog about Lindsay and what she knows, prompting more flashbacks on the girl. I am usually not too keen on back-and-forth scenarios, but I guess it kind of worked in this particular case just because I was interested to find out what happened to Lindsay. The bad thing about this particular format was that there was really no use for Katy—she couldn’t really solve anything. Another thing that was disconcerting was the mood shift. The past was full of Lindsay’s gruesome crime, generating a morbid ambiance, while the present was full of Katy’s wry quirkiness. So the reader was morbid one minute and quirky the next. It was an odd shift that was constantly jumping back and forth.

Another odd thing was that Katy doesn’t really blog in the book. Or maybe she does and the reader just doesn’t see her blog entries. Of course, I wouldn’t have liked a story written in blog entries (that’s really annoying,) but I certainly expected one or two at least. I mean, blogging is part of the title after all.

Story was well-written and interesting for the most part, but I kind of was getting tired of Katy in the end with her constant blathering and nonsensical purpose.

My rating: 3 stars
Posted by Sandra's Book Reviews at 7:41 AM