Review: THE DAY SHE DIED by Bill Garrison 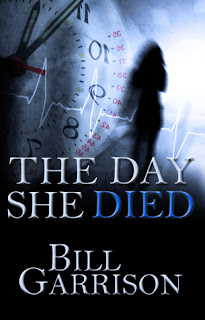 October 9, 1992: The day she disappeared. John has found himself reliving that fateful day.


With a chance to change the fate of his first true love, he’s sprinting through the past trying to find her, trying to save her. But wait, if he saves her, does he risk changing the future, his future?


This sounded like a cool time-travel mystery until we start moving around too much in time. I mean, first, we’re reliving John’s college days (specifically the day she disappeared,) but then we back-track even further and go to his high school days. But the thing was that he’s not reliving his own history, he’s living an alternate route that could’ve been. Was he reliving his life or redoing his life?


The past certainly opens up a lot of clues, but it was much too complex and dull, especially with the baseball stuff. There was so much lag that you almost forget the mystery. And then the story takes a whole new awkward spin by fast-forwarding to the future, where John is married to the same girl that disappeared but finds himself in the middle of a murder. I mean, this certainly sounded like it could’ve been a good mystery, but I just couldn’t dive into it. We kept on traveling to-and-fro a lot and there was too much emphasis on God and baseball.

My rating: 2 stars
Posted by Sandra's Book Reviews at 9:23 AM