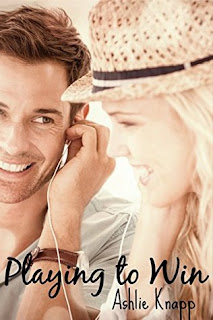 After a disastrous break up, Callie has vowed never to date an athlete again. Of course, that makes it a bit more challenging when you spend most of your nights as an NBA cheerleader. But, of course, she’s not doing it for kicks; she needs the tuition money for her college education.


Kyle is a basketball star with Southern charm and dreams of winning the NBA championship.


I wasn’t too interested in all the sports (not really my thing;) however, the author managed to create two characters that were more than their sporting stereotypes.  Playing to Win was pretty much like Love and Basketball in the basic sense that it had love and basketball. It’s a whirlwind romance in the midst of the games, the play-by-plays, the promo events, the conferences, and all those reporters. All that stuff was just not very exciting. I guess I was kind of hoping that the story wouldn’t get too involved in the basketball and focused more on the characters instead. But then again what can you expect when the characters are involved in basketball? And there’s nothing wrong with that. In fact, this is a great story for those who love romances and sports. I was fine on the romance, but the sports kind of killed it for me.