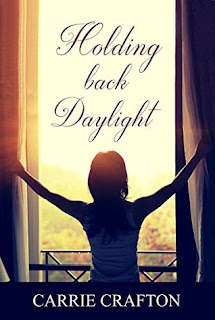 It's Claire's birthday, but it would seem that she's not feeling it as much as everyone else. Working her family's bar was her legacy, and she was bred for it ever since she was a young teen. Now, she had officially taken it over, ever since her family's death. I guess it must've happened around her birthday, since she had trained herself not to feel sadness, a sadness that still creeps up on her every now and then. "Ever since, it had made celebrating seem ridiculous." (8)


Story had a very slow and uninspiring start. Although Claire's feelings of sorrow and remorse were well-written and thoroughly crafted, I found it rather exhausting and dismal. It was endearing to see all of Claire's friends pushing her to do something for her birthday, but there were a few too many characters to keep track of, especially when one was just as forgettable as the last.


Eventually, Claire succumbs to their advice and does something. So what does she do? She goes to a bar, of course. You'd think for someone who works in a bar, one would be sick of them.


All in all, I found Claire to be a dull character with no real depth, making it hard for me to keep up with her insipid story.

My rating: 2 stars
Posted by Sandra's Book Reviews at 8:14 AM