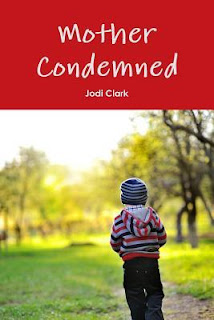 Lauri has just woken up to her worst nightmare: the kidnapping of her son.


The story immediately takes flight as frenzy surrounds the search for the missing child. Suddenly it comes to a fleeting halt when Lauri becomes a prime suspect in the disappearance.  And, in the midst, an alluring stranger infiltrates himself into her life. I’d be very surprised if this Sam guy wasn’t involved in some way, given how he just showed up out of the blue.


Mother Condemned was generally well-written and fast-paced. It might’ve jumped around a bit too quickly (one minute, Lauri is tearfully fighting off another breakdown, and then next, detectives are simultaneously probing into clues,) but the mystery is compelling enough to see the whole thing through. Where is Benny? Who is behind this whole thing? And how will Lauri prove her innocence?


Of course certain areas lagged a bit too much for me, especially in the quest to exonerate Lauri.  The reader will surely empathize with her through the tears and tribulations as she struggles to break through the endless pain shadowed by the accusing eyes of the media and the police. Story might have been too heavy on the sadness and drama. I kind of thought this would be more of a thriller (think Ashley Judd in Double Jeopardy;) instead, the story concentrated more on procedural tactics and the emotional trauma. Still I’d say that this was a pretty average and quick read.