Review: HER DEAR AND LOVING HUSBAND by Meredith Allard 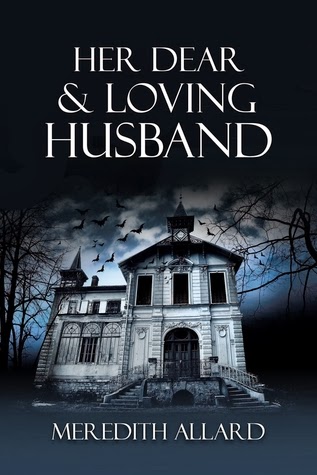 The first thing that caught my eye about this was the concept of the Salem witch trials—a subject that has always fascinated me.


Sarah has moved to Salem, where even the warnings of “[ghosts] always [coming] out at night” from the landlady can't hinder Sarah from staying. (62) Why? Well, apparently, Sarah was on a quest to learn more about the ancestor who fell prey to the witch trial executions. Maybe then she can finally put those dreams she’s been having to rest.


“You are not who you say you are…He will find you?” What!? What could that psychic mean by that?


Then Sarah meets the man of her dreams—literally, a strange man she’s been dreaming of. That James was spooky crazy—sweet one minute and creepy the next. Was he bipolar or something? Still, Sarah was drawn to the man. But what was James’ secret?


I didn’t quite understand Sarah’s dreams at times. Sometimes that along with some of the dialogued history were kind of LONG.


Once I found out that James was a vampire, I discovered that this was basically a rehash of Twilight, relaying the two connected beings by having them stand and stare at each other for long periods of time.  Of course, I found the notion of a vampire making a life with a human completely ludicrous.


Still, the story was filled with words of dark beauty, like entering the worlds of Poe and John Keats.


The love between James and Sarah was soulful and endearing. Even though I’m not a firm believer of “undying” love, I found myself rooting for those two. Theirs was a sweet love story.


The landscapes were so vividly detailed that I am inspired to visit Salem one day. In fact, it’s on my itinerary.