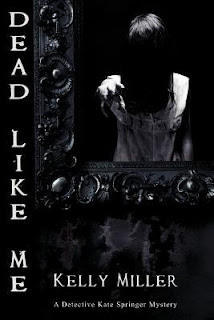 This is a Kate Springer mystery.


When Kate sees the body of a murder victim, she immediately recognizes her as her own self image at 13-years old. What did that mean? Was there a connection? How freaky!


I must admit that some of the investigation details were kind of boring. I was far more interested to find out more about Kate’s abusive past with her child molester. That guy messed her up so bad that she vowed to find him in case he was inflicting the same crap on another girl.


“Children have zero control over their lives. They’re told what to eat, when to sleep, how to act. As a child, I felt powerless. As an adult, at least, I have the illusion of control.” (1493)


As the reader re-lives moment’s of Kate’s abused past, the hunt for Kimberly’s killer is on. There are several suspects: her boyfriend, her mother…and Kate’s past nightmare (?) I got hooked! I wanted to know “who dunnit?”


A real page-turner in the end! An intriguing drama; a probing murder mystery.
My rating: 4 stars