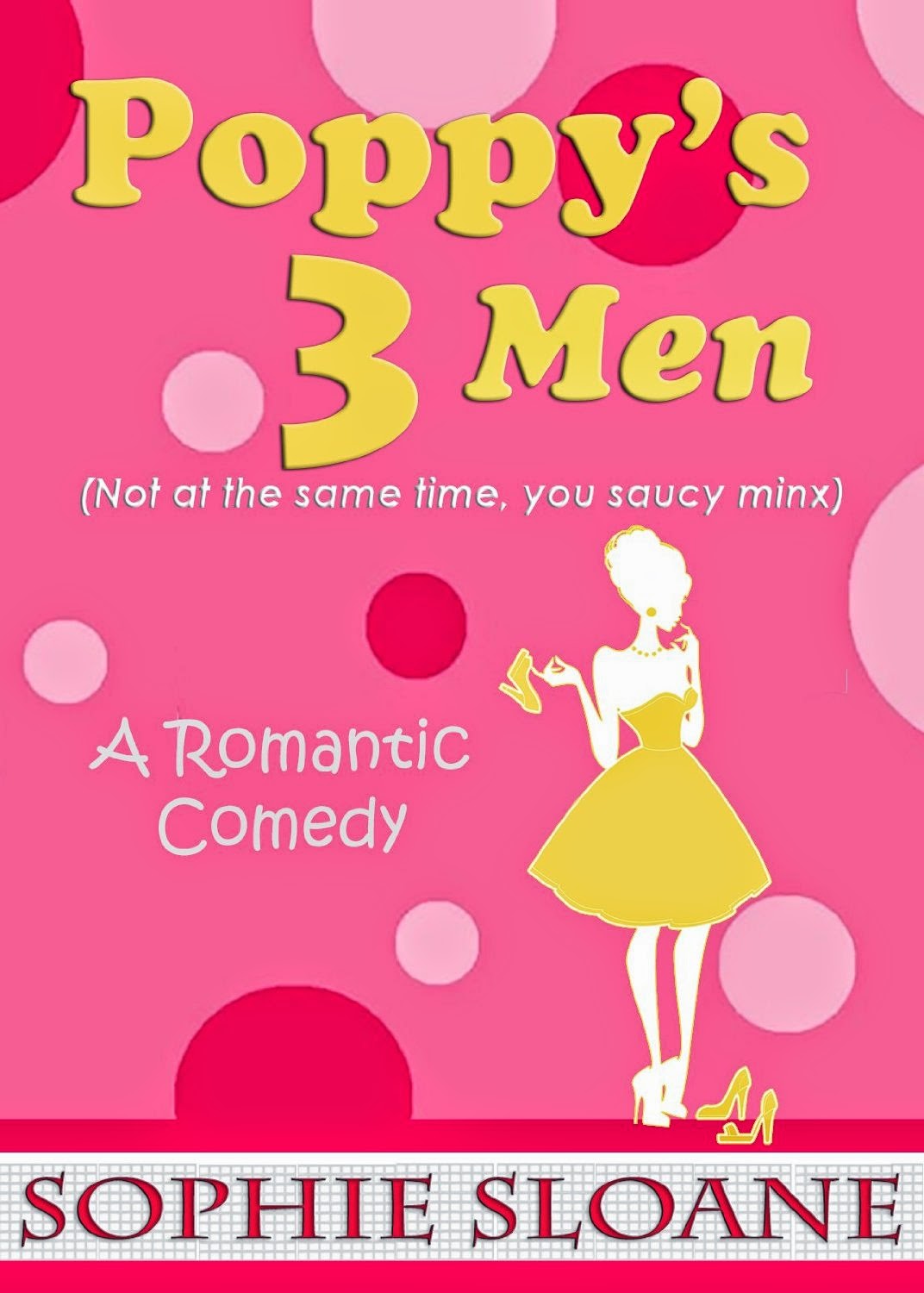 “And as I grudgingly entered the shady side of my twenties, I started to perform a full-on examination and analysis of the men I had ever crushed on, lusted after, and messed over. My dating life comprised primarily of three men: Dax, Mike, and Simon. These three men were completely different types of men, ranging from intellectual and sensitive to good-looking and bad mannered.”(5)


This is a story of one young woman’s journey through the dating world, and only one of them took the cake—the wedding cake. The reader must guess who, out of the three men, ends up being the groom. It’s like that Ryan Reynolds movie, Definitely, Maybe, a story about a guy who tells about the three girls he dated and makes it a game for his daughter to guess who her mother is.


As a teenager, Poppy is a giddy, overzealous, boy-crazy kid. I could almost hear her screeching in my ear every time she got a text message from Dax. Annoying! Although that little text mishap, A.K.A. the “Freudian slip,” was funny. Fortunately, she kind of grew out of that silly phase….sort of.


In each chapter, we get a glimpse of each guy and the experience Poppy had with him. For instance, we had a “Meet the British Parents” scenario with Simon, leaving Poppy to endure the snooty, haughty attitude at a fancy dinner and to wear the American dunce cap during a game of Scrabble. I really did think the Brits were making up words. Another chapter told the tale of a mood killer when “Lumber Jack” Mike took Poppy on a camping trip and he mistook her for a cougar, throwing her to the muddy ground while she was in her underwear.


The overall story is not written in sequence; it’s all in sporadic segments. We go from a dinner disaster with Simon, to a rendezvous with Dax, to a fight with Mike, to a meeting with Simon, and so on. It’s not at all confusing, but it can be disconcerting.


Still the question remains: Is it Dax, Mike, or Simon?


Quirky and humorous, this story is an enjoyable tale of the love entanglements of a hopeless romantic. A fun and quick read!

Posted by Sandra's Book Reviews at 8:25 AM