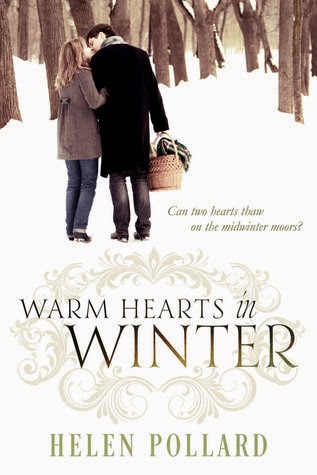 How desperate would you need to be to take a P.A. position to a complete stranger in a remote cabin surrounded by nothing but snow and mountains? Suddenly I’m seeing images of Jack Nicholson from The Shining.  Not too enticing for me.


And why would a writer need a personal assistant? I mean, how lazy is the guy? Abby was right: it did sound like he needed a babysitter.


In any sense, Abby takes the job. Of course, when she first gets to the cabin, she was freezing cold, wet, bruised (from her fall in the snow,) and exhausted. Misery, party of one, please.


I was impressed how forceful Jack was when he insisted that she not drive off in the middle of the night in search of a hotel. Was she nuts? It’s dark and snowy—you won’t be able to see a thing! But with disregard to her stubborn poutiness, he laid down the law and said: “You’re staying and that’s that.” Now that’s a man.


Mainly the tale revolves around two people with nothing to do but look at each other and talk. Of course, there was no doubt that there would be some lovey-dovey feelings there. In fact, it got a little sappy at times. And with nothing to do out in the woods, it got a little boring. The intriguing twist was cabin fever settling in, making the two anxious and disgruntled in the midst.


Still, there was something there. “She wore simple clothes, never primped at her hair, and rarely wore any make‑up….Abby was the opposite, almost unaware of her attractiveness, and of course Jack found that attractive in itself.” (57) I like guys that like plain girls—girls that are just the way they are. Although I don’t know how I’d feel to know that I reminded him of his dead wife. Now the thriller book, Rebecca by Daphne du Maurie, is coming to mind. At one point, I thought Abby was actually being haunted by the dead wife with the silent phone calls, dark figures, and strange noises that kept happening at the cabin. But that just enabled the two to get even closer.


The story is well-written and describes the snowy scene vividly. Well, of course, you’re going to describe nothing but snow. That’s all there is! I don’t think I’d be able to take all that snow—I’m a Cali girl, after all. Story is full of emotion—mainly heart-ache that predictably turns to love.


This is a warm, fuzzy, little romance that’s supposed to melt your heart.

Posted by Sandra's Book Reviews at 8:48 AM