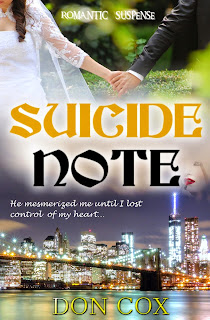 College student Lily Wilson left Los Angeles for New York to forget her dark and horrifying past. But when she starts feeling at home in Brooklyn, she learns that she carried her ugly past within her.

As her monster-past starts spilling over the pot, her best-friend and neighbor, Isabella Davis, goes missing without a trace. Dan Davis, Isabella’s husband, only gets an encrypted suicide note and a deadline to redeem his eight months pregnant wife.

Police label Dan as the prime suspect, so he has to evade jail to find Isabella. But he is forced to get help from an enemy.

Also, his secrets and craving for the gorgeous Lily keeps getting in his way. And his desire to get his wife alive becomes questionable.

The clock is ticking… Will he find her alive?

My thoughts: It all starts off with Dan and how much he loves his wife, Isa, and how he can never do enough for her. Oookay. Never been too fond of all that lovey-dovey stuff. When does the wife kill herself?


Eventually, we learn that the characters—Dan, Isa, the sexy neighbor Lily, the colleague at work, even the cute, little daughter, Chloe—have skeletons in their dark closets. Just because you think you know someone, doesn’t mean you do.


The plot was slow and uneventful, even though it seemed to read rather quickly, like a checklist or directions to an address. Overall, it was humdrum.  The writing was okay, but the characters lacked originality. I don’t know, the whole thing just felt a little forced to me.


I honestly felt like I was just waiting for someone to die. Someone had to die for there to be a suicide note, right?


This story was nothing but drama over love, marriage, and infidelity—nothing special.