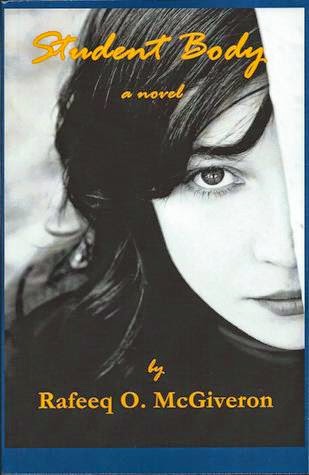 With a loving wife and three young children, the glib, cocky, but well-liked Rick O'Donnell seems to have a promising future ahead of him.

Yet the gifted doctoral student also hides a desperate secret: The previous spring, during a difficult time in his marriage, when it seemed his wife would scarcely even look at him anymore, the lonely man fell into a brief, passionate affair with a beautiful girl who had been his own student just the semester before, and who now is a fellow teaching assistant in the English Department, with an office right down the hall from his.

Rick's interactions with the intelligent, sable-haired Lauren actually had been completely professional when she was in his own class, and after ending the affair that unexpectedly followed, he has committed himself most purposefully to his marriage once again. But now a simple clerical error suddenly brings the attention of Rick's supercilious and overbearing supervisor. Unless the young man can head off the looming investigation by proving, quickly and conclusively, that there truly had been no hint of favoritism in his professional actions, surely the unrelated but equally damning affair will be revealed. His once-promising career, his marriage, and perhaps even his life itself all are in grave danger.


My thoughts: Throughout most of the book, Rick O’Donnell is apprehensive. Yeah, getting outted for a student affair can do that to you.


In the beginning, Rick tries to justify his wandering eye and his appreciation for the beauty of the feminine form.  Hey, he is a man, after all. But what’s to happen to his job, his career prospects, his marriage, his children? On and on, he rants of years wasted, of a life chucked down the drain, of having to start anew with a mark on your character. He makes himself crazy with anxiety and depression, often recalling references from timeless literary pieces. At times, the writing tended to drag on pointlessly.


If he didn’t lose any of his assets, he shouldn’t have risked them. It all goes back to the old saying: “Don’t do the crime, if you can’t do the time.”


Although intellectually pensive, Rick is a brooding and fragile character—so fragile that the tiniest fracture sends him into a dark tailspin. Perhaps it was his languorous strive for perfection and his overbearing conscience that sent him to his self-demise. It was almost poetic, which was ironic because that’s what he teaches.


Overall, the story was ponderous and monotonous. The main character was just too analytical and guilt-ridden that it overwhelmed the plot. Was this a story of love or the feeling of love? Or was this more about self-reflection and redemption?

Posted by Sandra's Book Reviews at 8:42 AM