Review: THE BELIEVERS by Travis Gulbrandson 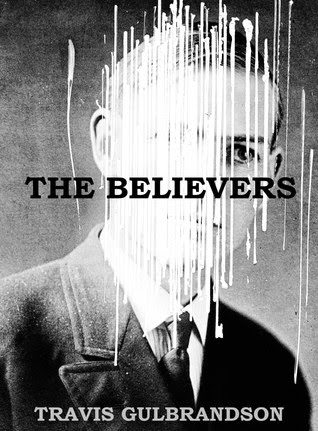 Edith Parker has been a widow for ten years, but she tries to keep her husband’s memory alive by carrying a picture of him from room to room. Then, on the anniversary of his death, she is visited by a young man who claims to have a message from him. On the promise of further communications with the deceased, Mrs. Parker invites the mysterious stranger to live with her. While this visitation first seems like the answer to her prayers, she soon finds her actions may have started a chain of events that yield tragic consequences for everyone she cares about.

Dark, at times suspenseful, infused with black humor, The Believers examines a number of issues relating to the nature of faith, but it never tells the reader what to think.

My thoughts: I had a bit of a slow start with this book as it begins with a young man walking aimlessly around town, looking for an old woman. In the interim, he encounters various, eclectic, odd-ball characters—all anonymous with discernible traits.


Mrs. Parker is the widow. Ever since her husband died, people have been treating her like fragile glass, fearing that she might shatter at any moment. She just can’t seem to let go of the life she had, which is why she continues to carry her old traditions (i.e. sleeping on her side of the bed, etc.)


Then Jacob Peterson (the young stranger from the beginning) comes along with a message from her dead husband. Apparently, he listens to that little voice in his head that tells him to do things (like give a message to a weird old lady that you’ve never met.) Supposedly he’s taking orders from God or whatever. He’s like the ghost whisperer. Or perhaps he was possessed by the dead husband?


Nonetheless, the old woman and the young man find a special bond with all this spirit nonsense.


What I liked best was the descriptive nature. The author describes the greasy diner, the old woman’s house, the antiquated church, and so on, all with vivid detail. I didn’t really take too much to all that talk about God, the bible, and the whole “let us pray” ritual because I’m not religious.


My favorite character was Sarah, the waitress. She was the epitome of the drab, working-class stiff. Her motto: “life sucks so why even try?” Of course, she gets her buttons pushed when she meets the ghost whisperer (Jacob). “Why don’t you like anybody,” he asked. NUNYA! If she doesn’t smile, then don’t force her. It’s not like she’s going to be “touched by an angel” anytime soon. I agreed with her regarding the naïve gullibility people have in faith.


Throughout the whole book, Jacob seems to prod into the lives of the town, which was kind of annoying. There were too many characters to keep track of, all of which just go about their mundane, little lives with the church being mentioned quite often. What exactly was the point of this story? The summary indicated that the book was “infused with black humor.” Where was the humor?


Overall, this was well-written, but the story was one full of complexity with a drab theme centered on Christianity, a subject I have virtually no interest in.