Review: TAKE HER FOR A RIDE by Steven M. Painter 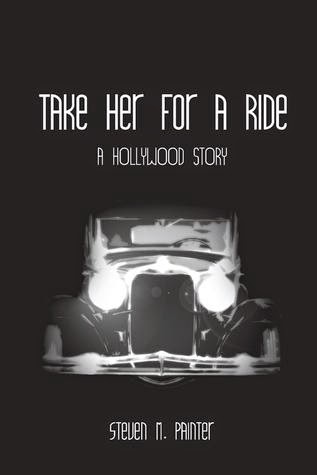 Producer Paul Russel knows how to play the shady, glamorous of Hollywood movies, even though the stress can wrench him like a pretzel sometimes. Lillian Nelson is a hard-working actress trying to make it in the industry but is bothered by the fakeness of it all. But that’s what actors do—fake it! The fact that she was dating Paul didn’t make the vicious assumptions that she slept her way into a contract any easier. Perhaps Lillian was in the wrong business. At first, it seemed like she was tired of all the charades.


The story does answer the question: What to do when the star of a future Blockbuster hit suddenly dies? (It reminded me of Paul Walker.) Then to have this happen during the Great Depression made it even harder.


I loved how Paul’s specialty was in horrors. The author included references of some of the greatest classical films. Painter reveals the naked picture behind the glitzy film industry. His attempt to take the reader on a wild trip to 1930’s Hollywood was enhanced by the colorful characters and snappy dialogue. At times, the dialogue was a bit confusing as I couldn’t figure out who was talking.


The reader goes through every daunting, complex stage of the movie-making process through the eyes of Paul (the director) and Lillian (the actress). The steps detailed every task, but where was the story? Judging from the cover, I anticipated there to be a conspiracy or murder or something sinister. And what was the meaning behind the title? Who was being taken for a ride? Lillian? Was she being hoaxed as that was normally part of the old saying, “taken for a ride.”


Still, one thing was for sure: the story revolved around movies, and movies were LIFE.


Painter’s bio declared that “he has written extensively about 1930’s Hollywood,” and this book is strong evidence of it.