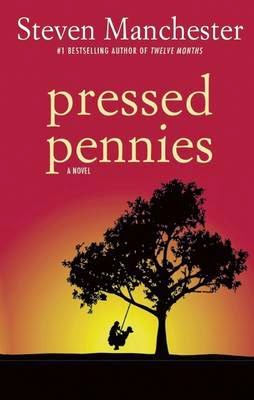 Abby and her daughter, Paige, were saddened that they must leave the home they’ve known forever. I honestly never could understand how people can get so attached to these kinds of things. But what could Abby do after the wretched mess of her broken marriage?


Rick was high-flying, big shot executive who realizes that money secures everything but love in a marriage. Both Abby and Rick were desperate for human connection—until they reconnected with each other. Clearly, these former lovers still had lingering feelings for each other, but it just felt like the two were living too much in the past, wishing things were like they were before. Still, the two fell hard for each other once more, and they spend the bulk of the story making googly eyes at each other, which was sweet at times.


Eventually, Rick learns that he doesn’t need to spend a fortune to find love. “Without spending a penny, she’s shown me the perfect night.” (147) I thought that his syrupy love notes to Abby sounded a little too clingy.


Yes, it seemed that Abby and Rick finally found love at last—but Rick would first need to get the approval of the daughter, who totally was acting like a rude, selfish brat. Really, Rick? Is the mother even worth it?


Manchester continues to write with such poise and sensitivity that grips and loses the reader. Written in curt segments, the story quickly unfolds the raw emotion from each character’s point of view. For example, Paige’s discontent with her mother going to parties was expressed in one fleeting sentence before breaking away into another character. It was as if the story was bulleted into an outline, briefly summarizing the short sequence of events. Sometimes those events seemed a little irrelevant—irrelevant and tedious.


This book was packed with emotion and drama in one neat, unsavory, little package. It felt like I was watching some Hallmark movie with the whole “love thy neighbor” ploy. It was 7th Heaven meets Little House on the Prairie. Still, this was a sweet, untainted romance with commendable effort at kindling passion and empathy within the soul. As in previous titles from this author, this is a well-written story about “making every moment count”—words that should surface the minds of everyone.

My rating: 2 stars
Posted by Sandra's Book Reviews at 9:59 AM