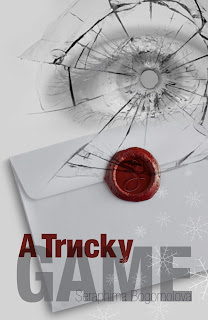 A Tricky Game, by Seraphima Bogomolova, is a mystery psychological thriller, published by Souliris UK Ltd, released on July 15, 2013.

A Tricky Game is a psychological novella telling the story of a young enigmatic woman, who finds herself involved in an edgy game of three men, whose genuine intents, second agendas, and secret longings become closely intertwined with her own destiny, creating unexpected twists that place her in front of challenging life choices.


In Moscow, Russia, an aluminium magnate, Kazimir Stankevitch, enters into an unwritten agreement with a seductively attractive young woman, Angela Moreaux, whom he secretly desires. Later that night, as she returns home from a nightclub, a shot is fired at her. While in the hospital she receives a visit from a silent masked incognito, whose true intentions she is yet to discover. At the same time, her unsuspecting associate meets in the Ritz with an elderly Swiss gentleman who delivers to him a mysterious letter. As the stakes in the game go higher, the young woman is confronted with life choices that will challenge her in unexpected ways.

A Tricky Game is available for sale on Amazon 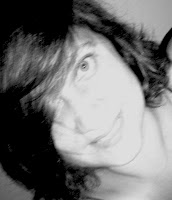 Seraphima Bogomolova was born and raised in St Petersburg, Russia. She is the Editor of Avantoure.com. A Tricky Game is Seraphima’s debut novella. Currently, she is working on her second novella. For more information, visit
http://atrickygame.com
***﻿
Excerpt
Posted by Sandra's Book Reviews at 10:03 AM