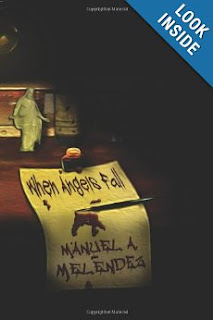 Beginning with a captivating prologue, this novel takes the reader on a journey in the life of Ferdy Muñoz as he discovers the prejudices within his own neighborhood. Ever since the tragedy of 9/11, people of Middle Eastern decent are being profiled as world bombers and terrorists, including a dear friend of 10 years. But could the detective be right? Would harassment justify as a preemptive strike against tragedy and disaster?


Mrs. Drucker, one of Ferdy’s neighbors, has distrusted immigrants most of her life and feels that they have been ruining America. Then, one day, a violent confrontation ensues between her and Raj, who has been accused of being a terrorist, sending Ferdy on a penitent journey for truth and righteousness. “His father always used to say that powerful people’s influences could easily dwarf the truth and, therefore, manipulate the media. In every story, there were always three points of view: the views of the two argumentative parties and the truthful view, which many times never made it to the front page or the six o’clock news.” (52) After all, “the world was filled with many Rajs, Annies and Nicks, swimming in hate and false accusations.” (63)


Thought-provoking and narrated by the engaging voices of earnest characters, this story takes the readers through the arduous trials of sin and redemption. Meléndez skillfully renders the gray subtleties of human emotion and combines them into a mystical masterpiece. His words eloquently depict the “devil in stolen angel’s wings.” (102)


The presence of the unknown vagrant filtered throughout the story seems minor, at first, but it is actually quite pivotal; however, I found his maniacal pleas to God odd and a bit superfluous.  Who was the “Fallen Angel,” and what was his purpose?


The intriguing development of a murder investigation beckons you to read on until every tiny morsel is devoured. You won’t want to stop until you reach the mysterious and gripping conclusion.