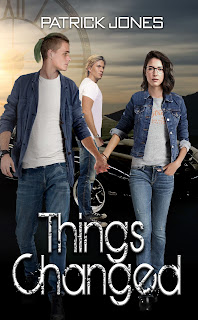 Johanna and Paul have a passionate, yet volatile relationship. Shy Johanna knows no amount of passion can wipe out the verbal, emotional, and physical abuse. She finds the courage to walk away to have her own future.

Bret is a social outcast, but an intense relationship with Kylee makes him believe that dreams can come true. Bret's world crashes down when Kylee cheats with one of Bret's friends leading to a disastrous prom night confrontation.

Bret and Johanna, home from their first year of college, meet and find an instant attraction. Their chemistry is undeniable, but shadows from the past threaten the present when Paul re-enter Johanna's life and Bret's home life turns upside down. Can two broken-hearted people break the grip of the past and find happiness?

This is the phone call I’ve been dreading; this is the call I’ve been craving. In an instant, I am thrust from a successful, first-year Columbia University student back to my insecure Pontiac, Michigan, high school self. All it took was this voice from my past.

“Hello. You remember me, right?” he says, then laughs. It is a sound I have missed.

I know his laugh is quicksand, but I can’t resist.

“Paul, of course I remember you. I’m just surprised to hear from you, that’s all.”

“It’s been a while, Joha, hasn’t it?” I tingle at the use of his nickname for me.

“Yes, you could say that,” I say, instead of the real answer, which is, ‘No, Paul it’s not been a while. It’s been over two years since we talked.’ Other than visiting me at my high school graduation open house, mainly to show off his new girlfriend, Sarah, Paul had been out of my life. No calls, no texts, no messages. The past was in the past, but now things had changed.

Review: For Johanna, as far as Paul was concerned, “there is knowing and there is knowing better.” Her relationship with Paul was both beautiful and ugly, so when he calls out of the blue asking her for a favor, she was stumped. With all the lies, alcohol, beatings, and disappointments he put her through, she really should’ve have given even one minute of her time.

Brett was also a guy that’s been burned and kicked by love. Two awkward, nerdy souls that can’t let go of the past. Brett was reluctant to let another girl break his heart and Johanna couldn’t get rid of her addiction to Paul, who continues to use and abuse her.

Nonetheless, the two take a chance on each other and the chemistry between them is evident. Told in the POV of both Johanna and Brett, their stories relay the bitter realities and harsh struggles in dealing with overbearing parents, so-called friends, lousy jobs, self-esteem battles, and trust issues. The narrative was simply engaging with a clever wit and a touch of poetry.

Resentment and regret are 2 emotions these characters knew all too well. Would that keep these 2 from each other? Brett and Johanna seemed to be the light in each other’s dark world. I thought they were pretty good for each other. But, alas, first loves can never be forgotten, and, unfortunately, they continue to taint their lives. Can they give themselves to each other while still chained to others?

“There’s something between us, even it’s only a beaten-up past and a sealed-off future.”

“Your past is something you take with you every step you take, but you can’t let it control your path.”

The emotional toll and baggage of these characters were just so raw and unrelenting. Filled with heart and heartache, this is a trying love story.

Nice read about growing, learning from your mistakes, and finally letting go. It’s a good one! 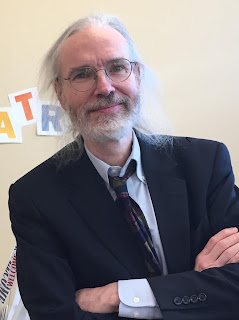 From Flint MI but now residing in Minneapolis MN, Jones is the author of over fifty novels for teens. His working with teens in correctional facilities and alternative schools has informed his works such as the Unbarred and The Alternative series. While he published his book in 1992 and this first novel in 2004, his initial publication was for a professional wrestling magazine when he was only eight years old.

The author will be awarding a $25 Amazon or Barnes and Noble GC to a randomly drawn winner via rafflecopter during the tour.

a Rafflecopter giveaway
Posted by Book Club Reviewer at 12:30 AM