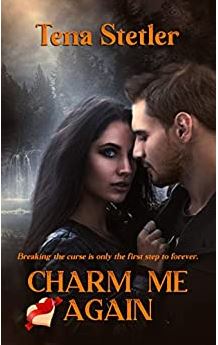 A man was being haunted by a ghost. The only one who could help was his twin sister, Summer, a powerful witch that was shunned by the coven. Too bad she was going out of town for a while and he would need to fix the problem temporarily. Meanwhile, he could housesit with her lovely friend, Josie, who’s having stalker problems. The ghost couldn’t possibly interfere in the meantime…right?

Josie could do a lot worse than being stuck under the protective eye of a handsome, ghost-latched warlock.

Writing was pretty good. The flirtatious banter along with the occasional disarming clatters made this a fairly interesting story. I liked the magical element of ghosts, witches, and faeries; however, the suspense of the matter wasn’t as heightened as it should’ve been. It was tepid at best.