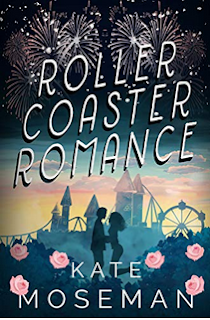 Vanessa was offered the position of area manager at Destiny Park. Destiny Park, where happiness begins. Unfortunately, this historic, family-owned amusement park was heading for a permanent closure.

Thomas was a theatrical employee at Destiny Park. Under the guise of "The American Dream" attraction, sparks fly between the two characters. With a backdrop of an assorted cast and mixed in with grudging tasks of the park, the two get closer.

The writing was pretty good. I liked that this romance took place at an amusement park, which was a different setting for a change. And, of course, the title only embellishes the rocky ride of love with its constant ups and downs. The story was fairly mainstream in its tone and pace. It almost seemed like it was all work and no play. Still, this was a decent romance.