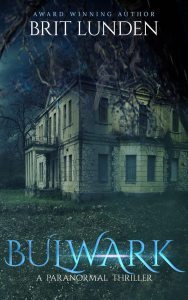 Dayna Dalton was a reporter for Bulwark, and it was her job to get the story. Through mostly dialogue, the reader gets a mild reflection of the story. Evidently, it seemed that everybody had a story, and it certainly wasn't consistent. There's just so much going on that it's hard to get a clear picture. For example, who was the witch? What kids are we talking about? Who was the female victim? What in the world happened that we even got a victim?

For me, this was mostly chaos.