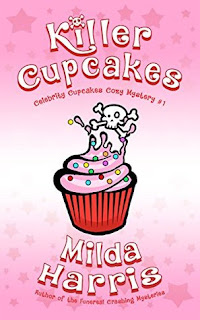 Ava is a freelance screen writer, but, unfortunately, that doesn’t pay the bills. Meanwhile, she works at an up-and-coming Hollywood bakery called Celebrity Cupcakes. The guest celebrity, Penelope Rose, takes a bite of the first cupcake and collapses in front of the media on opening day. Could it have been the cupcake?


With a murdered celebrity, who would come to a place with killer cupcakes?


Everyone was a suspect—the owner, the employees, even Ava. That meant that Ava needed to solve this thing quick.


Simple, sleuthing tale that you can get into. It was mostly a lot of speculation, but, overall, an okay read.