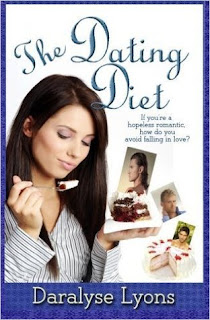 Going at it with the father of one of your students is not exactly a nuclear disaster. Well, except that it’s against the rules to fraternize with the parents, especially after learning that the guy’s still married and they almost got caught in bed, prompting her to make a hasty escape out the window. But, the Coo de Gras was being caught by the 5-year old student…in all her naked glory. Oh brother.


For godsakes, are these so-called men worth going through all this? Is it worth heart ache?  Shayla has decided that enough is enough and goes on a dating diet—to be off men for the entire summer and just learn to spend time alone and love herself. In other words, to just be single. Love it!


As she goes through this “diet,” Shayla relives memories of the some of the disaster dates she’s had with boys, which goes all the way back to 8th grade. During this span, she also manages to acquire the misinterpreted labels of a klutz, a lesbian, and a fast-food whore.


The Dating Diet takes the reader on a floundering single’s journey. At times, the story became a little jaded. I wasn’t too keen on going through her blasts from the pasts.  And it was so odd that she would go on a non-date during her dating diet. C’mon, who was she kidding? Shayla struck me as a little too desperate. Why couldn’t she just relax and enjoy the single life? Did she have to overthink everything? Yes, I enjoyed her sarcastic wit and clever cultural references to Seinfeld, but I couldn’t really hop on her cheer wagon. She really doesn’t do a good job at staying on the diet. At times, I just wanted to tell her to get a life. But I applaud the author’s efforts and enjoyed her humor in it.

My rating: 3 stars
Posted by Book Club Reviewer at 7:41 AM