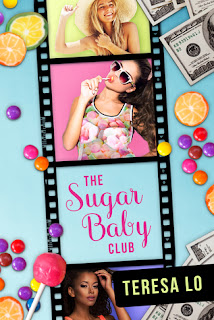 "My name is Jasmine Lewis, and this is my story. It’s a cautionary tale about money, sex,


The night of a frat party was the night Jasmine screwed some loser douchebag, egged a dorm room, and got arrested for underage drinking. As we dive deeper into the story, it ripples into the different lives of a group of dorm girls, but mainly centering on Jasmine and Kita. They each have their issues and problems, but they strive for purpose and independence. Jasmine was seeking validation from a man who wouldn't cast her away like some cheap, ugly lay, and Kita wanted to go to Paris. Then Jasmine discovers this thing called "sugaring," where a young girl dates an older, rich guy, who pays for tuition, vacations, and other great stuff. One girl made $50K a year being a sugar baby. Wow! Where do you sign up? But, wait, what's the catch?


With the goal of going to Paris, Jasmine and Kita decide to be sugar babies. The goal was to make $40K each and get out before it becomes too addicting. Sound easy, right? Of course, it's never that easy.


So the reader tags along as Jasmine and Kita go through "sugaring." Although intriguing at first, after a while though, you feel like you've gone through as many dates as you can handle and the "sugaring" gets a little old. I mean, some of the guys are pretty boring. What I liked, however, is that it doesn't get dirty. Yes, there's sexual acts, but it's subtle and not overly done. Even though I felt the girls were degrading themselves and pretty much selling their bodies for money, I still felt a sense of empathy for them, especially when they were so inexperienced. How can someone fall into this life at such a young age? Well, as crazy as it sounds, it does happen. And this life pretty much becomes a learning process for the girls, who are repeatedly spurned by "salt daddies" yet continue to recite the mantra, "It's all about money." But will money bring them the happiness they seek? Or will they realize that money is the root of all evil?


So raw yet sensitive, story is a expressive rendition of the life of a call girl or "sugar baby." It's touching, but, like I said, it gets old fast.