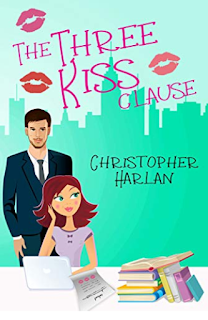 Tori Klein was a popular radio sensation and was now about to get her first book deal based on the theory that men were slaves to their d#@ks. So true!


Men were pigs! “That didn’t mean the other wasn’t in there, somewhere deep inside, waiting for the prince to step out from behind all the frogs.” (18)


Let’s make this clear: Tori didn’t hate men. She just had strong opinions and wasn’t afraid to speak her mind.


Unfortunately, her book deal wasn’t completely sold. She had to convince Cormac (one of the publishing partners) that she was saying was not a total diss on men. One thing that bothered him though: How can she claim to be such an expert on men when she’s never been in a real relationship?


Witty and light! Had some typos in it, but the overall story read well. I enjoyed the funny podcast sessions as the 2 engage in lively debates on men and women. I especially liked the quip about “pussies are powerful [and] balls are weak.” (216) After all, babies can come out of them while one knick to the balls make the men howl bloody murder. So true!


Cormac was actually a really nice guy—honest, hardworking, respectful, and monogamous. He wanted the real deal, too. The two played a good BF/GF—it was nice. I liked how they were talking about their books and how you should not judge a book by its cover.