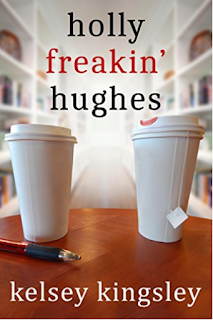 Holly Freakin Hughes couldn’t believe her boyfriend was finally proposing after all these years, so, naturally, she went all Cinderella style to the big ball. Instead, the BIG BOMB she got was total heartbreak because her boyfriend was actually gay and in love with someone else. Great. Afterwards, Holly got fired from the teen magazine because her trends were “too old,” which prompted her to work as a 31-year old babysitter to her little sister’s kids.


Brandon, a bestselling author of fantasy fiction, was tired of everyone wanting the celebrity and not the average guy. He was especially tired of all the legions of crazy fans just throwing themselves at him, begging for one pointless night with him.


This had a nice start with each character’s point of view, but it tapers down. The characters are so mopey about their unexciting lives that nothing ever happens in the story. They mostly spend a lot of time describing their posh surroundings more than anything else.