Review: THE FLIP by K.L. Montgomery 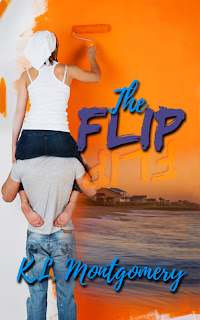 Andrew just inherited a house. His plan was to flip it so he can finally have enough money to move out of his parents’ house. Of course, the problem wasn’t the work that the place needed, it was the fact that half of the house was willed to Sonnet, the girl next door, whom he couldn’t stand.


Former high school rivals that were now co-heirs to a house. The two were as different as day and night. And they must work together? The funny thing was that they never left high school with the pranks that they kept pulling on each other. Story had some witty quips that I liked, but it was mostly the two of them just fixing up a house. It was kind of lengthy. But it was ok.