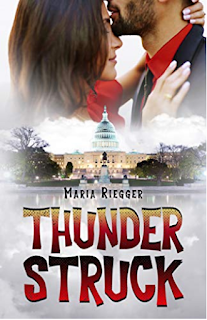 An electoral race to the presidency.

Monica was taking a chance to be America’s female president. She knew it would be tough, but the last thing she expected was to be running against Brian Murphy—and old friend and the only love of her life.

I didn’t really get into the political aspect that much (a lot of statistics, laws, and protocol,) but I enjoyed the tension between the two characters. We had two strong-willed characters butting heads and running neck-and-neck. It was the classic “He Said, She Said” debate in political chaos. Another note was that I didn’t expect it to be so lengthy, which made it daunting at times. I would’ve preferred a lighter, quicker read. The writing was pretty good and the whole thing was well-researched. Overall, it’s a decent story.