Review: HOW THE GHOST STOLE CHRISTMAS by Erin McCarthy 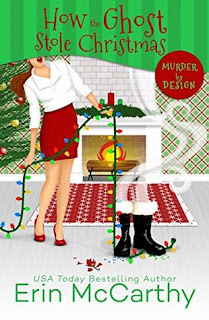 Bailey was decorating for the Christmas gala for children patients. She only had to worry about replacing the Santa (her boyfriend had that honor.) She did not expect a ghost to jump at her face. See, Bailey was a medium that could see ghosts. Of course, she only saw ghosts whenever there was a dead body nearby. Oh no…C’mon, it was Christmas! Death and Christmas do not mix. But you know what they say: Death doesn’t take a day off. In this case, it was the Santa that croaked. Evidently, he was murdered 3 years ago and his body was in the slide. Great.


Bailey has that sharp wit; however, she tends to yammer too much at times. I didn’t really feel like she concentrated on the case. In fact, she struck me as kind of flighty.