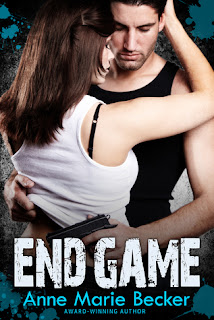 After her yoga class, Abby finds a charm bracelet that invokes the brutal images of 11 women. Could they be of the past or the future?


It would seem that these images are connected to a killer known as the Charmer—the Boss, the head of the Human Trafficking Crime Syndicate. Apparently, he’s been well-known for SSAM, an elite crime-fighting team that’s been after the Charmer for 20 years, ever since the first killing.


Einstein is a secret agent in SSAM—a mindhunter specializing in high-tech gadgets—has been on the Charmer case for years, working day-in and day-out. His only reprieve is getting to run into the alluring Abby at the coffee shop. At first touch, Abby can’t help but wonder why his touch elicits those same images? Was there a connection?


Now, the two must work together to get the Charmer and stop him from killing another missing girl.