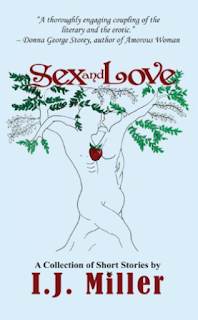 While in bed with his knife-wielding ex-girlfriend, a “Lonely Man” ponders his sexual expeditions and his overall d#@ness.

A woman meets a strange lesbian with a fetish for seducing straight girls in “Cell,” thus proving that men and lesbians are one in the same.

“Now let’s see … I have been with a married guy who presented himself as divorced. I briefly lived with a man who stole money from me. There are the standards, the ones who try to come off as film producers, surgeons, investors, when at best they are paper pushers for some low level investment firm. I have met ones who use flowers, jewelry, even one who sent me a new dress for our first date to get what he wanted.” (19)

“Single Woman” is a testament to the clichéd “always a bridesmaid, never a bride.”  Reaching her 30th birthday, she now knows what it’s like to feel old. “No matter what they say, thirty feels old … to wake up alone, to be without your own family.” (52) It’s when she’s no longer a single woman does she begin to stray.

Stories were refreshingly witty and candid. The well-written structure evokes both enjoyment and rumination.  In this book, sex and love are two opposites of a taboo coin.

My rating: 4 stars
Posted by Sandra's Book Reviews at 9:26 AM