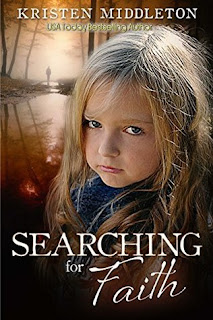 A child kidnapped by her own father.


Carissa knew she had come to town to find someone. That’s what her visions kept telling her. In her vision, she saw a little girl running near the water falls. If she could just find out more about the girl or the monster that took her…


Upon first reading this, I had thought the kidnapping of Faith happened earlier, but, apparently, that was just another kid the guy took and eventually killed. Prologues: what a waste of time.


Turns out the real Faith was at a wedding at a remote cabin.


I thought this would be interesting since there was a psychic in it, but the read wasn’t at all compelling. It was pretty slow and daunting.