Review: WITCHES OF THE WOOD by Skyler Finn 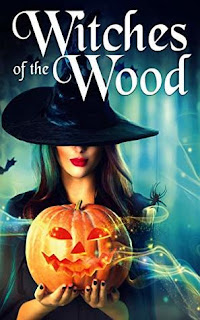 Samantha worked at a PR firm, an assistant to Coco, the tyrant and the terminator (because she felt she wasn’t human.) Was her purpose just to be a single professional?


One drunken night, she thoughts she was an image within a moving flame. Was she crazy like her mother? She had to find out.


Smart, witty, and the character is so sensible and down-to-earth. She just wanted simple answers, but working with a new client—a gothic paleo chick who was high-maintenace as they came—and traversing through a small New England, where her mother lived and worked, wouldn’t make it easy.


Sam soon learned that she was a witch and might be hunted by The Ordinary Ones. Then she sees the girl from her vision in the news. Was she supposed to rescue her?


Sometimes the story read like a journal, which slows it down somewhat. Basically, she’s learning the odds and ends of her witchy ancestry and trying to deal with it. An okay read.