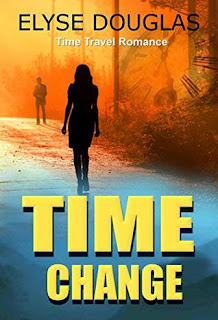 1948: Rita, a Hollywood actress, was tired of the spotlight. Tired of playing the mysterious femme fatale, she wants actually meet a nice man—her knight in shining armor. “But I’ve never really lived. I’ve never had the time to be truly in love… to really care about somebody other than myself…I haven’t fallen in love.” (18)

2019: Clint was a struggling novelist. Ever since his wife died, he became distant and withdrawn. “His heart was stone cold. He felt nothing.” (22)

Book relays two different stories—the stories of these two characters. After a violent attack from her agent, Rita flees a murder scene, trying to cover her tracks. What would she do if the cops found out? Would she get jail time? That would surely end her career and any possible hope of finding a husband and father for her daughter. Entranced by the classic beauty of one of the era’s leading actresses, Clint decides to learn more about Rita Randall and the scandal that had befallen her. Oddly enough, one of his neighbors seems to be the spitting image of Rita.

Two characters, lonely and unfulfilled, lost in deep and dark despair. Living decades apart, the characters, connected by the same soul, only see each other in captured images. How could they appear in each other’s lenses? What was this strange phenomenon? A time portal connecting the past and present? But what happens when one accidentally stumbles through the portal? Talk about Alice of Wonderland down the rabbit hole.

Story become topsy-turvy as each character swaps time. Characters are constantly trying to find each other in this strange time warp.