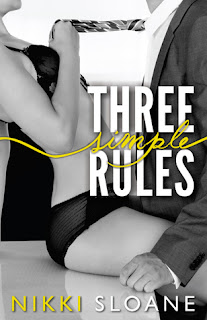 Plain Evie was envious of her exotic friend, Payton, who makes money by having sex with men. But even with the work she’s in, Evie was a sexual prude (nun) compared to her friend.


A mistake at work that Evie aims to fix will cost her $9600. How will she make that much money? There was only one way…


It’s just sex, after all. All she needs is one client and that’s it.


Meanwhile, Evie’s in love with her college crush, who refuses to leave his girlfriend for Evie. They’re still friends though, but Evie can’t help the way she feels. After Blake declares his love for Evie, it would seem that her wish was finally coming true. But then she finds out that he still wasn’t going to leave his girlfriend though. That just prompts her to not only go through with this “escort” service, but it makes her check three more items on her contract.


Her first client ended up paying her more than she bargained for. He only had three simple rules:


Evie eagerly accepted, and he ended up giving her the most spectacular orgasm. After coming down from the high of ecstasy, she finds out that her client was actually her boss. Oh, geez…


The complications were simplified once the two agreed to continue their sexcapades in an office fling. It was pretty sexy and read was decent. A classic office romance.