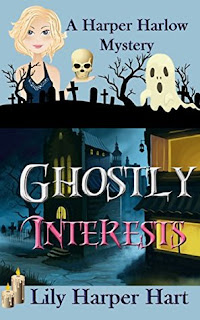 
20 years later, she runs a ghost hunter business, sending ghosts on their way to the afterlife. But when the ghost of a murdered woman shows up, she must find her killer and put her spirit to rest. With a ghost that can’t remember, a handsome and skeptical police detective, and a gay best friend, Harper must keep her wits about her to solve this mystery.


I thought this was sharp and witty, but I thought the whole thing revolved too much around the crush angle between Harper and Jared. C’mon, people, focus more on the dead woman in front of you! We got a murderer/rapist on the loose.